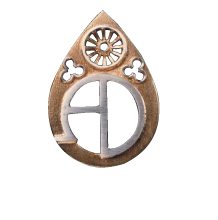 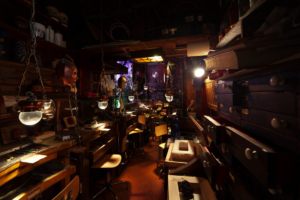 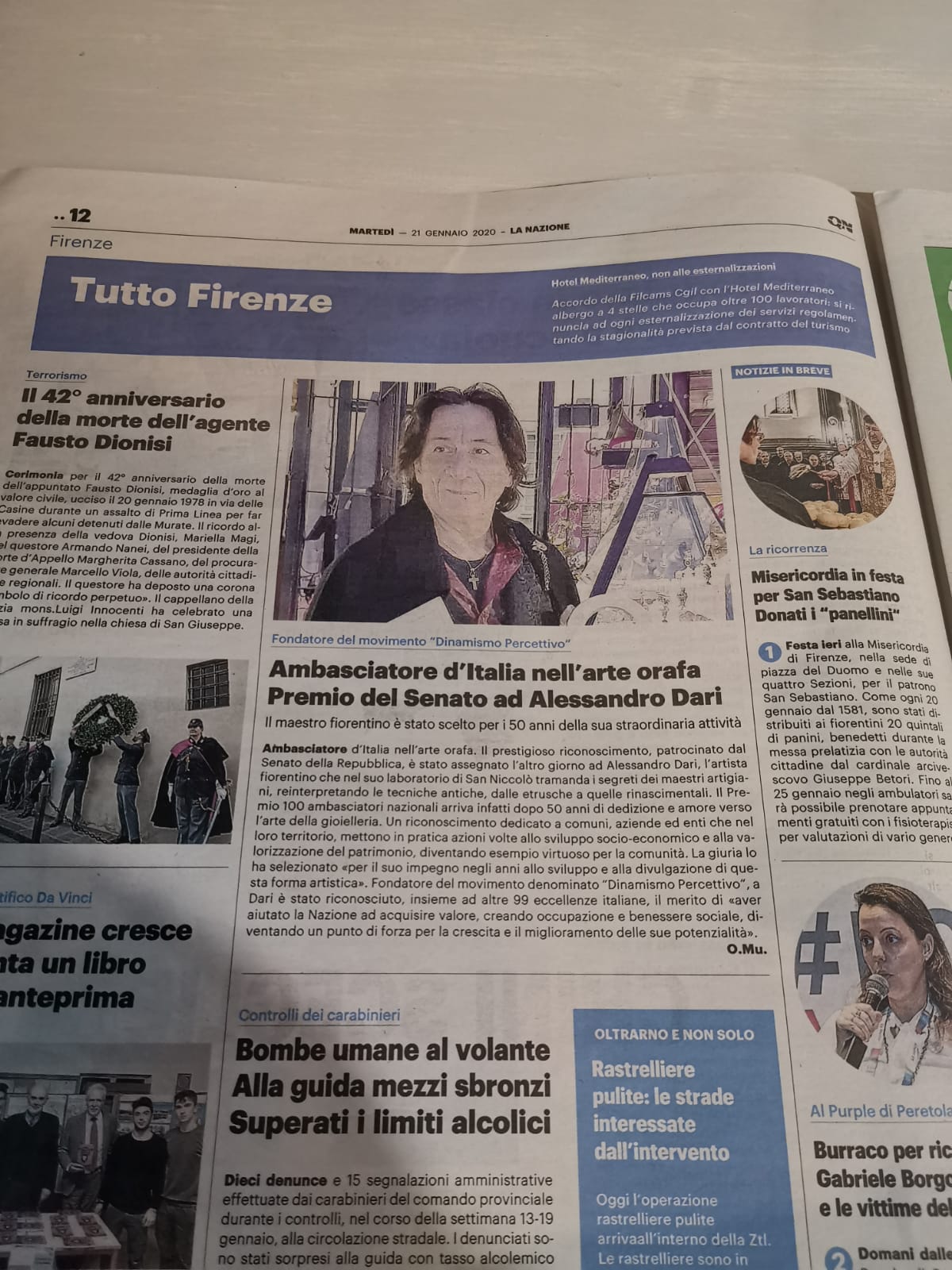 After 50 years of dedication and unconditional love for the art of jewelery, the master goldsmith and sculptor Alessandro Dari received the “100 national ambassadors prize” on January 16.

The award is sponsored by the Senate of the Italian Republic and dedicated to municipalities, companies and entities that in their territory and throughout the country, put into practice actions aimed at socio-economic development and enhancement of heritage, to become virtuous examples for the community.

The evening was held in the splendid setting of Palazzo Madama in Rome where the goldsmith master received the prestigious honor from the HONORARY COMMITTEE CHAIRED BY THE PRESIDENT OF THE SENATE OF THE REPUBLIC, after being selected by a careful and scrupulous jury, for his commitment to years in the development and dissemination of this artistic form.

Founder of the movement called Perceptual Dynamism, Alessandro Dari was therefore awarded, together with 99 other Italian excellences, for helping the Nation to acquire value by creating employment and social well-being, becoming a beacon for growth and improving its overall potential. 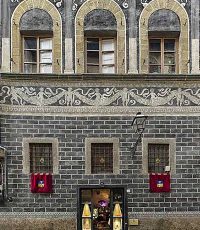